Scientists from University College London found that blood levels of vitamin C, but not vitamin E, linked to a lower risk of heart failure in older men.

Vitamin C is a water-soluble vitamin found in citrus and other fruits and vegetables and is also sold as a dietary supplement.

Vitamin C is an essential nutrient involved in the repair of tissue, the formation of collagen, and the production of certain essential chemical messengers of the body.

The nutrient is very important for the growth, development, and repair of all body tissues.

It also plays a big role in immune functions, wound healing, and the maintenance of cartilage, bones, and teeth.

Vitamin E is a fat-soluble vitamin with several forms. Its main role is to act as an antioxidant.

Antioxidants are substances that can prevent or slow damage to cells caused by free radicals, unstable molecules that the body produces as a reaction to environmental and other pressures.

Previous research has found that antioxidants could neutralize or remove free radicals by donating an electron. The neutralizing effect of antioxidants helps protect the body from oxidative stress.

Scientists also have found that oxidative stress plays a big role in the development of heart failure.

However, the associations between antioxidant intake and blood levels and the risk of heart failure in older people are unclear.

They tested 3919 men aged 60 to 79 years with no heart failure. These people were followed up for about 11 years. During this time, 263 men developed heart failure.

Researchers found that a higher vitamin C level in the blood was linked to a much lower risk of heart failure in men with and without previous heart attack experiences.

On the other hand, vitamin E levels in the blood showed no link with heart failure risk.

High levels of dietary vitamin E intake (which correlated weakly with blood vitamin E levels) were linked to a higher risk of heart failure in men with no previous heart attack.

The team concluded that a higher vitamin C level in blood is linked to a reduced risk of heart failure in older men with and without heart attacks.

But a high intake of dietary vitamin E may be linked to an increased heart failure risk.

The team suggests that future work needs to examine whether vitamin C supplementation could work as an intervention to help manage heart failure in older people.

One limitation of the study is that the participants were predominantly white men and the results cannot be generalized directly to women, younger people, or other ethnic groups.

In addition, the findings are based on heart failure diagnosis, and this may underestimate the true incidence of heart failure in the participants.

The research is published in Circulation: Heart Failure and was conducted by Sasiwarang Goya Wannamethee et al. 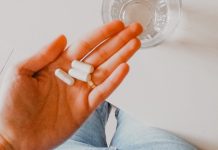 How drinking milk affects risks of heart disease and cancer 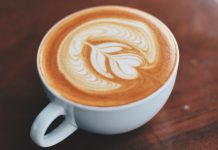 How vitamin supplementation may affect the dementia risk