Scientists from National Institute on Aging found that certain antioxidants in foods may also reduce the risk for Alzheimer’s disease and other dementias.

Alzheimer’s disease is a progressive neurologic disorder that causes the brain to shrink (atrophy) and brain cells to die.

Alzheimer’s disease is the most common cause of dementia — a continuous decline in thinking, behavioral and social skills that affect a person’s ability to function independently.

Antioxidants are substances that can prevent or slow damage to cells caused by free radicals, unstable molecules the body produces as a reaction to environmental and other pressures.

They are sometimes called “free-radical scavengers.” The sources of antioxidants can be natural or artificial.

Examples of antioxidants include vitamins C and E, selenium, and carotenoids, such as beta-carotene, lycopene, lutein, and zeaxanthin.

Previous research has found that antioxidant vitamins and carotenoids may protect against brain diseases associated with aging.

In the current study, researchers aimed to examine the links between these supplements and with risks of Alzheimer’s disease and other types of dementia in middle-aged and older people in the U.S.

They used data from the third National Health and Nutrition Examination Surveys (1988-1994) and Centers for Medicare & Medicaid follow-up data.

The team tested the effects of serum vitamins A, C, and E and total and individual serum carotenoids on the risks of AD and other types of dementia.

After 26 years of follow-up, the team found that serum lutein+zeaxanthin was linked to a reduced risk of all-cause dementia in people aged 65 years and older.

Lutein and zeaxanthin are two major carotenoids found in the human eye. They have antioxidant properties and are linked to several health benefits, such as reducing the risk of age-related vision loss.

Lutein and zeaxanthin usually occur together in foods. Spinach, swiss chard, kale, parsley, pistachios, and green peas are among the best sources.

In addition, egg yolks, sweet corn, and red grapes may also be high in lutein and zeaxanthin.

Beta-cryptoxanthin has several functions that are important for human health, including roles in antioxidant defense and cell-to-cell communication.

Beta-cryptoxanthin is a precursor of vitamin A, which plays an essential role in eye health, growth, development, and immune response.

Based on the results, the team concluded that generally, dementia risk was linked to serum lutein+zeaxanthin and β-cryptoxanthin levels.

Further studies are needed to test the health benefits of supplementing the diet with select carotenoids on brain health in middle-aged and older people.

The research was published in Neurology and was conducted by Dr. May Beydoun et al.

If you care about brain health, please read studies about how the Mediterranean diet could protect your brain health, and blueberry supplements may prevent cognitive decline.

For more information about nutrition, please see recent studies that olive oil may help you live longer, and vitamin D could help lower the risk of autoimmune diseases. 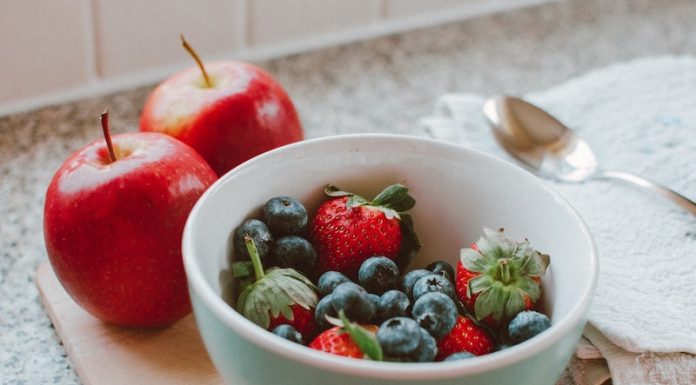 How tea and coffee influence your risk of high blood pressure