They showed that a diet designed to alter levels of specific fatty acids consumed by patients with bipolar disorder may help them have less variability in their mood.

Bipolar disorder is a disorder associated with episodes of mood swings ranging from depressive lows to manic highs.

People with bipolar experience both episodes of severe depression, and episodes of mania – overwhelming joy, excitement or happiness, huge energy, a reduced need for sleep, and reduced inhibitions.

The experience of bipolar is uniquely personal. No two people have exactly the same experience.

In the current study, researchers aimed to examine whether a dietary intervention could improve mood stability in people with bipolar disorder.

They designed the diet to alter the levels of specific polyunsaturated fatty acids—nutrients found in many foods—participants consumed while participating in usual care for bipolar disorders, including mood-stabilizing medication.

The researchers hypothesized that by changing the type and amount of fatty acids consumed, the body would generate metabolites with specific purposes, such as reducing pain or inflammation.

In the study, the team tested 82 people with bipolar disorder who went through a 12-week intensive diet intervention.

The intervention included the provision of group-specific study foods and dietary counseling.

The team found no big differences in mean ratings of mood symptoms, or any other symptom measures. But the dietary intervention effect on target PUFAs strongly differed by the group over time.

The researchers concluded that a dietary intervention adjunctive to usual care may help improve mood symptoms in people with BD.

The study is published in Bipolar Disorders. One author of the study is Erika Saunders. 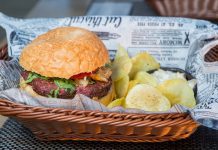 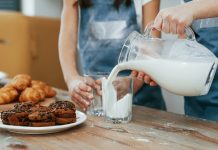